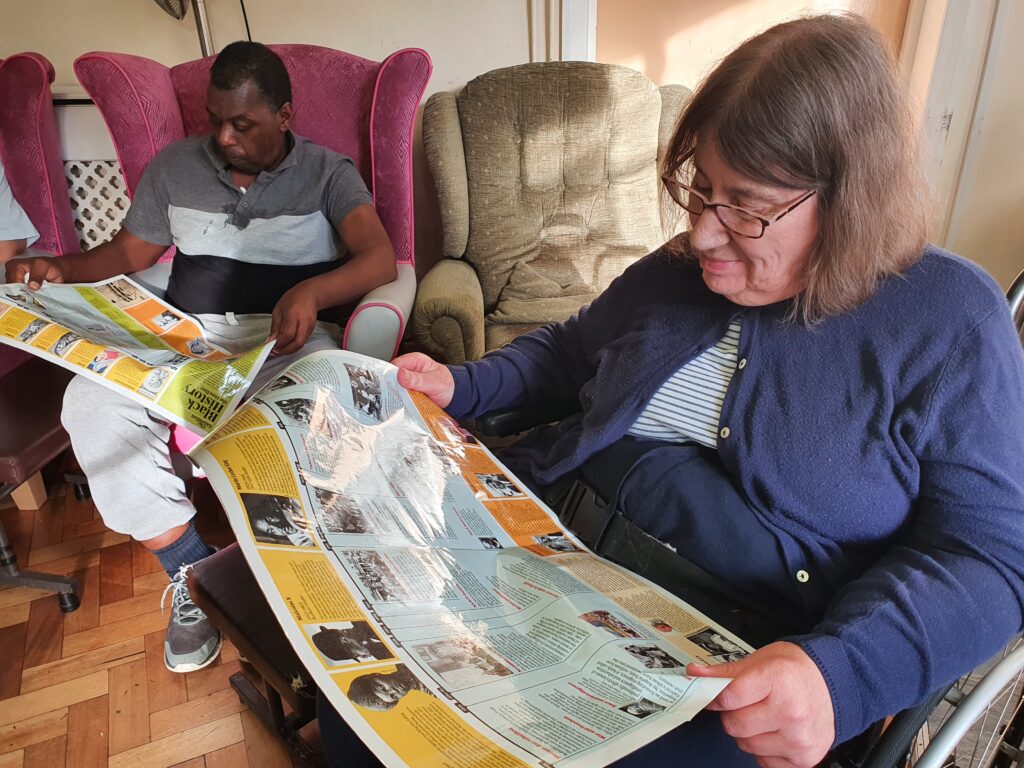 Every year Mission Care celebrate Black History Month with a mix of film screenings, group discussions, delightful food and musical events.
This past week we reviewed a series of BHM posters produced by the Guardian. Our Care Home residents read them and then presented to the rest of the group the things they found that were interesting, shocking or enlightening.
Our session ranged from Cheddar Man (the 10,000 year old skeleton whose DNA revealed that early Britons had dark skin) to black Roman Britain, to Shakespeare’s Othello. We delved into the harrowing throwing overboard of sick African slaves to claim insurance in the 1780s, to the slave trade. We also discussed Martin Luther King and read his famous speech “I have a dream”.
Our residents looked at the Winds of Change wave of independence that swept through colonialised countries in Africa during the last century, through to Hurricane Katrina and then the recent wedding of Megan Markle to Prince Harry – officiated by a black Pastor, with a Gospel choir and soloist Sheku Kanneh-Mason.
A rich and rewarding time for all.
Find out more about us at www.missioncare.org.uk

Any cookies that may not be particularly necessary for the website to function and is used specifically to collect user personal data via analytics, ads, other embedded contents are termed as non-necessary cookies. It is mandatory to procure user consent prior to running these cookies on your website.